Painted in Renaissance glazes, this painting spans time spent on Canada’s Plains of Abraham (in old Quebec City) from the Greco-Romans to the present, in which life and art is up for barter. A woodcarver renders the figure of Don Quixote on a Unicorn; English cricketers play a game on the historic battlefield; a calesh (horse drawn taxi) has the Winter Olympic games symbol on it; the auctioneers sport the secret symbol of the unicorn society; the bystanders wear periodic dress; the distant river is the Saint Lawrence; the buildings are an amalgam of Canadian cities; the Saint George gates draw the bystanders through; and the girl in the red dress (endemic to many of the artist’s works) looks back as is to say, “Coming to join us?” 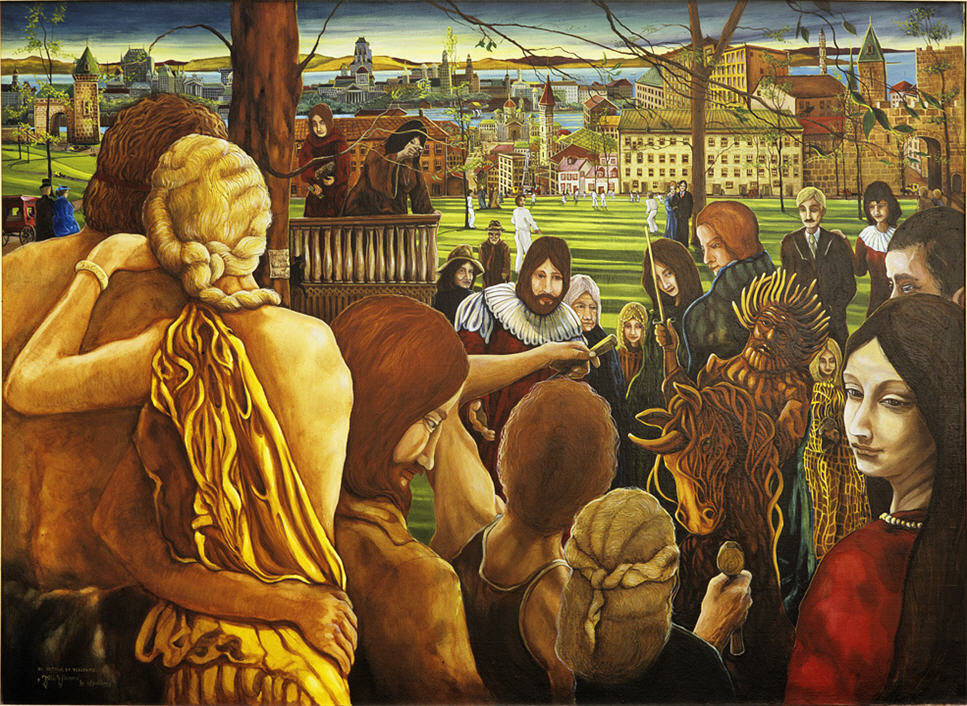