Oil-glazing has this metaphysical work resonating with rich color and hue. Though a narrative painting, it still stands alone visually. The elephant holding the chess board often eludes viewers. And it fascinates the careful observer to espy the continent of Africa in the elephant’s eye. The woman’s hand, rendered in statue-like plaster, her wedding finger broken, tells a story of itself. The man has the twin masks of the theater embroidered in his back, the emblem of Rhodesia on his shoulder; another story. The black child, tugging at a wire-car toy, and brandishing the light of learning, stands on a board displaying the letters AZANIA (the intended word for the new South Africa), but the potential for utter change has not yet come. And the boy’s torch highlights books of learning, one of which (if you read upside down), has the full Anglo-Saxon transcription of King Nebuchadnezzar: “Aelc thara thaem… (Each of you who these my words hear, and them does, is like the wise ones!). 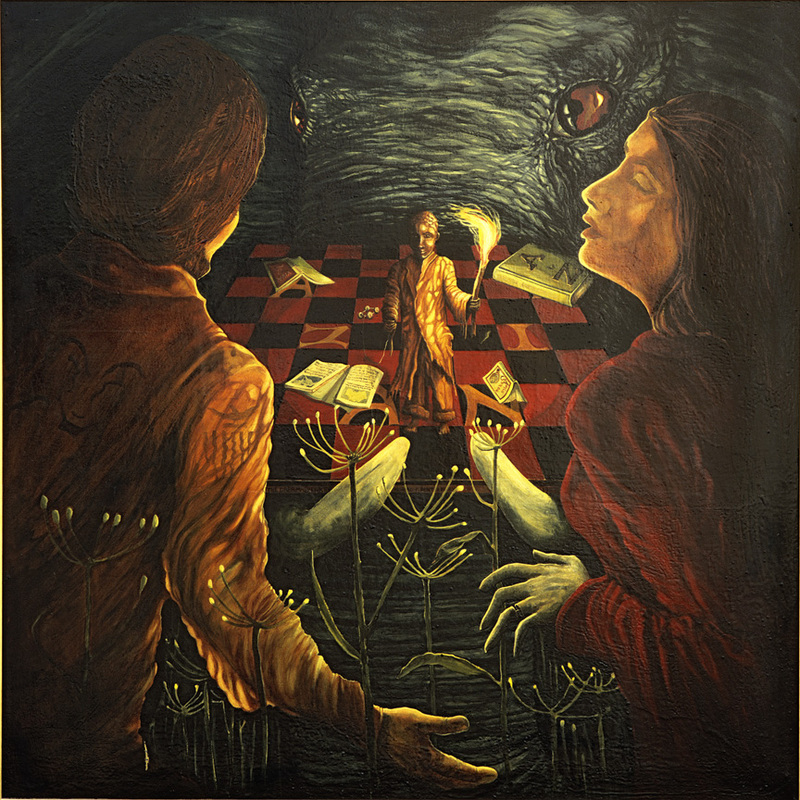