Rendered in 1976, this molecular-like painting depicts the unity between earth, sky and water. Up in northern Ontario the lumberjacks would leave the forest a jumble of snags, a mere line of left-over trees along the lake-water's edge, and in the early morning mist, when the very atmosphere is leaden with shades of grey and blue, this image speaks of the tread of the past, as well as one's hope for the future. 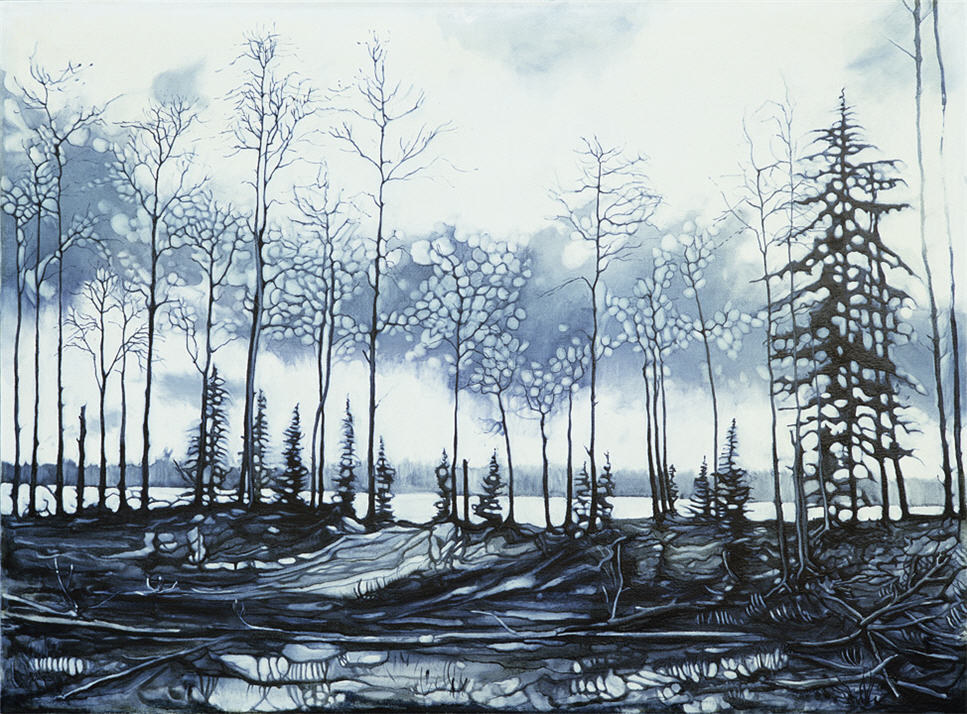